​The origin of lion dance?

​The origin of lion dance?

Lion dancing is an excellent folk art of our country. During the Lantern Festival or gatherings, the people come to the lion dancing to add to the joy. This custom originated in The Three Kingdoms period and became popular in the Southern and Northern Dynasties. It has a history of more than one thousand years. According to legend, it was first introduced from the Western regions. The lion is the mount of Manjusri Bodhisattva. With the introduction of Buddhism into China, the activity of lion dancing was introduced into China. 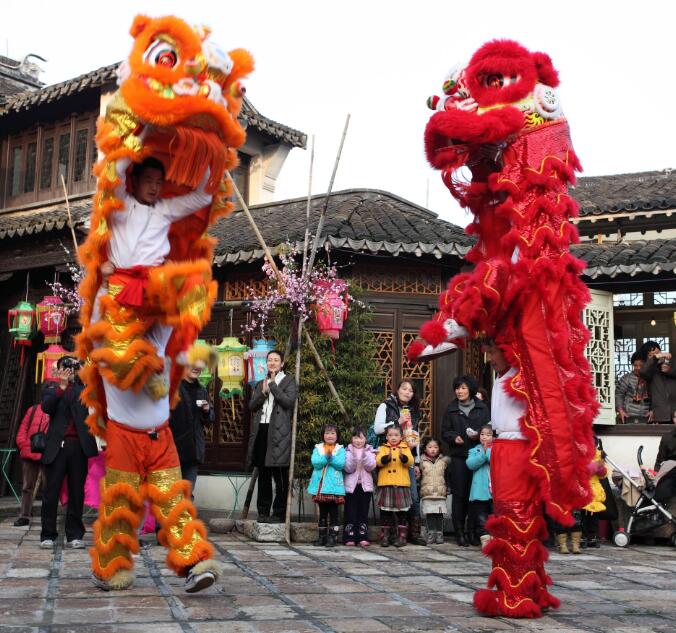